It seems like my end of the year reviews are always super late into January so why change it this year? You can read 2013 & 2014 in case you missed those!

Last year started off pretty slow so I decided to try mentoring sessions. I had a great turnout with those. You can check out more on those here. I was also featured on the Popular Photography website for my Oil Rig Milkway photo.

February rolled around and David Cook came to town. Dallas and I went to the concert, had a FUN night and even met David. February also held one of my most favorite shoots of the year. I had always wanted to do a shoot with flour and Ryan is always game to model. So we got a bunch of flour be headed to my studio. You can read about the shoot here! 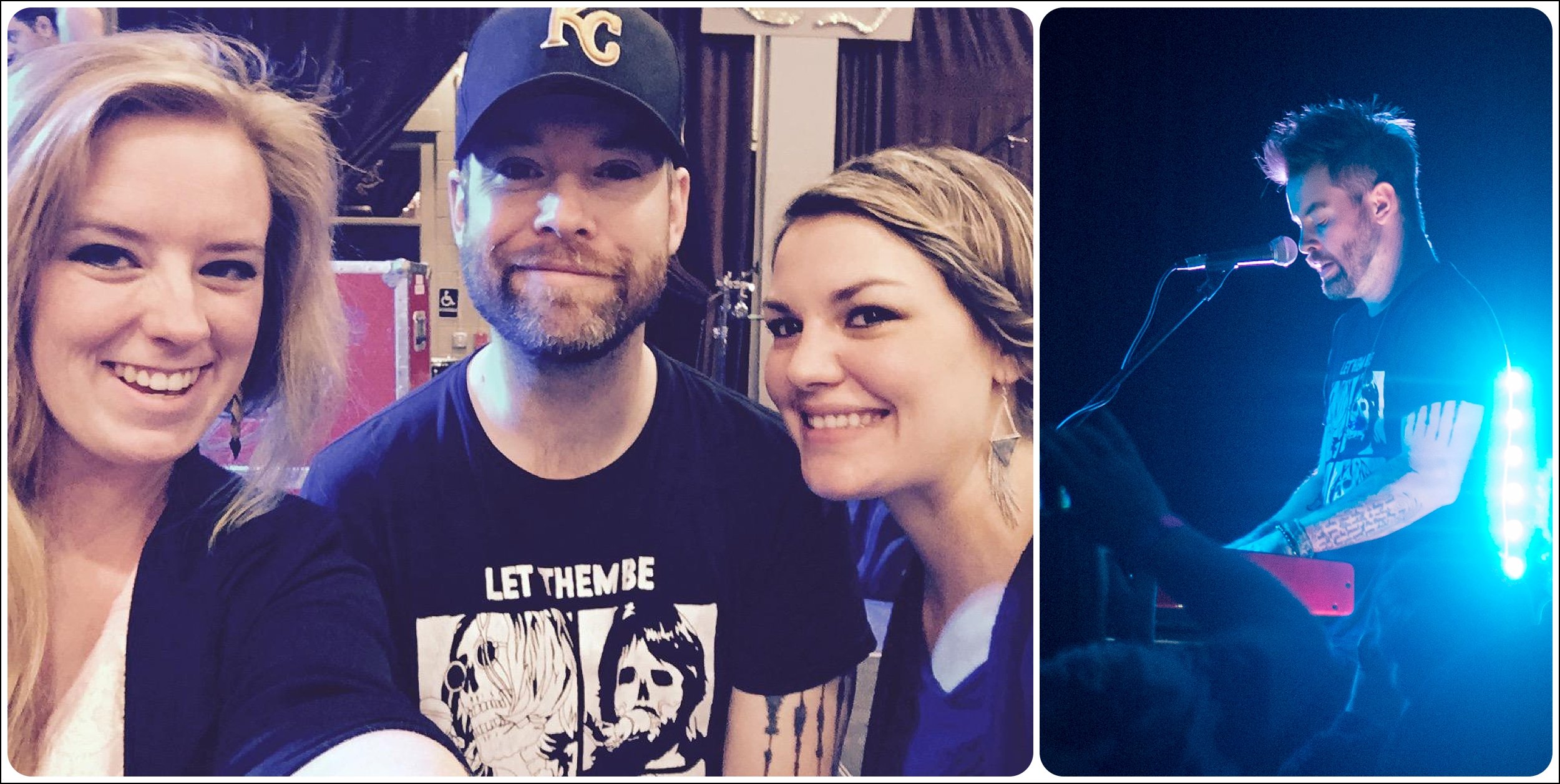 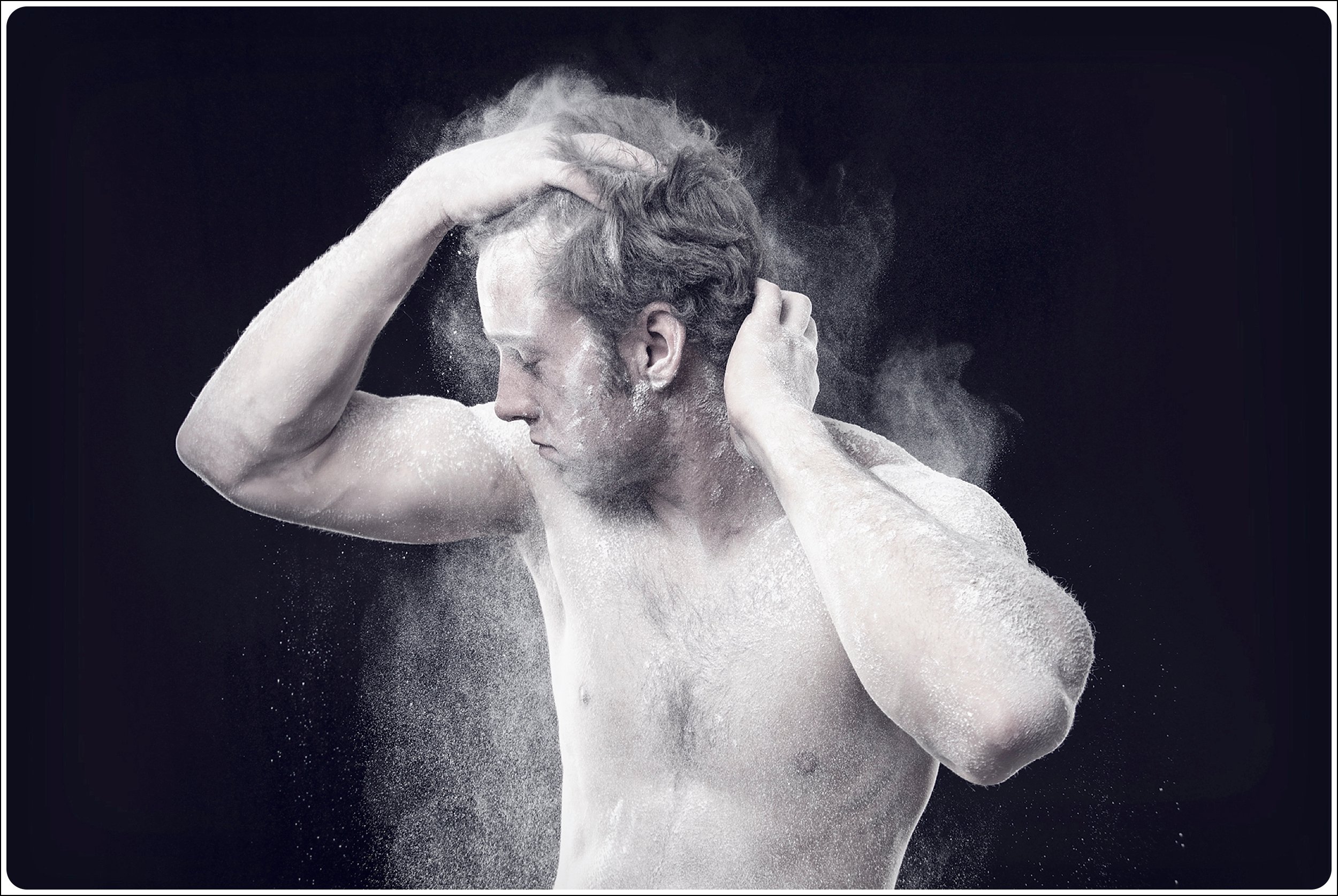 March was full of travel! Once again, WPPI rolled around so my mom, Rob, and I loaded up and headed to Vegas. But not before Mother Nature decided to have her way with snow and ice. We arrived to Las Vegas a day and half later then planned because our flights were canceled. Later that month, Erik, Ashley, and I decided to put together a huge shoot out with models and a makeup artist. March was also the month I got my very own 1 bedroom apartment. It was perfect! 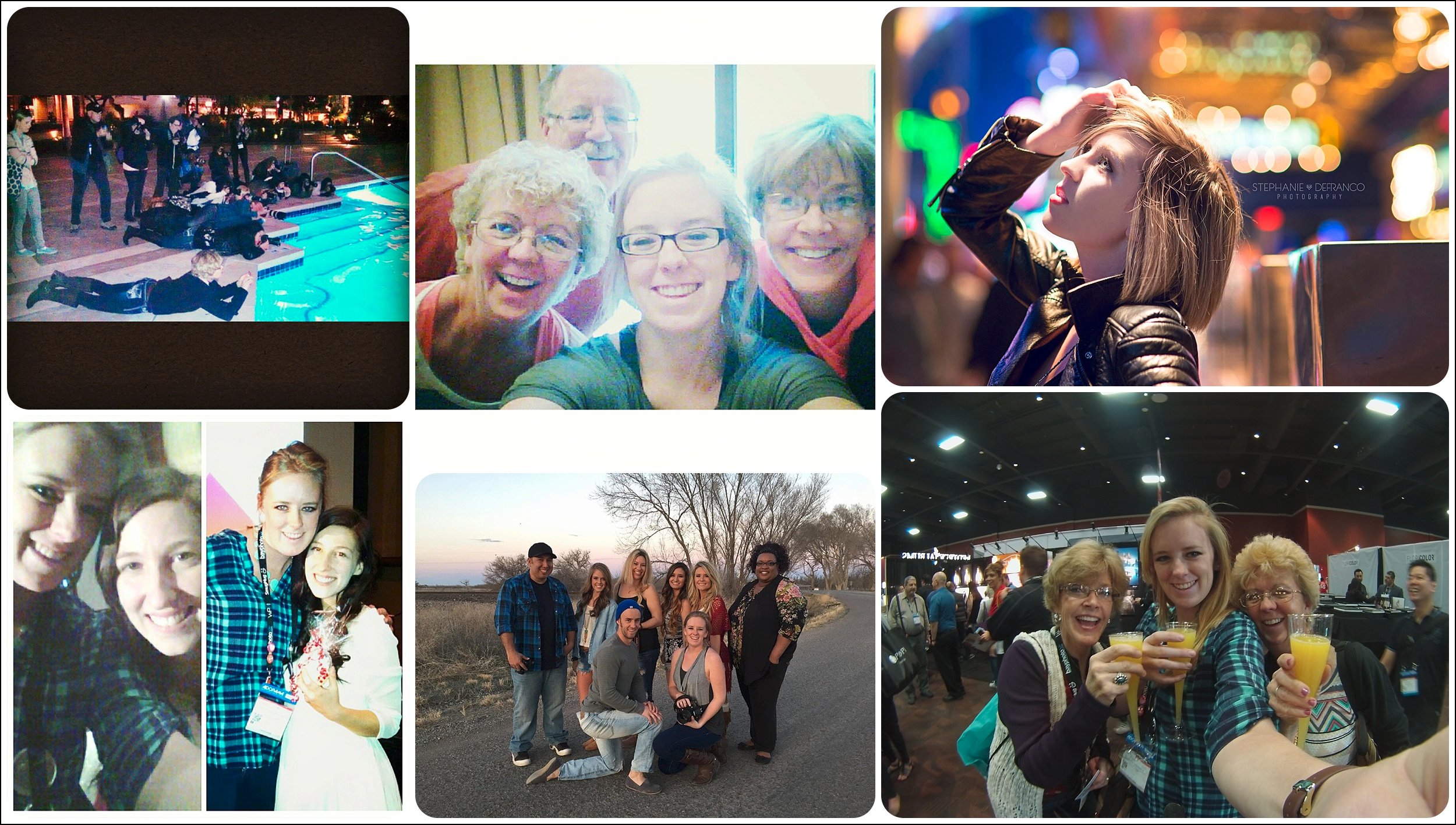 I had an amazing April. I decided to start a 30 day photo journey with Disney themed photos. You can read about that here and here. April was also the month for Dallas' spring Production of Disney's Tarzan. They pushed through a tough audition process and created a spectacular show of monkeys and a sold out theater. My cousin, Maddie, came down for Easter and we decided to recreate a photo from 18 years ago. 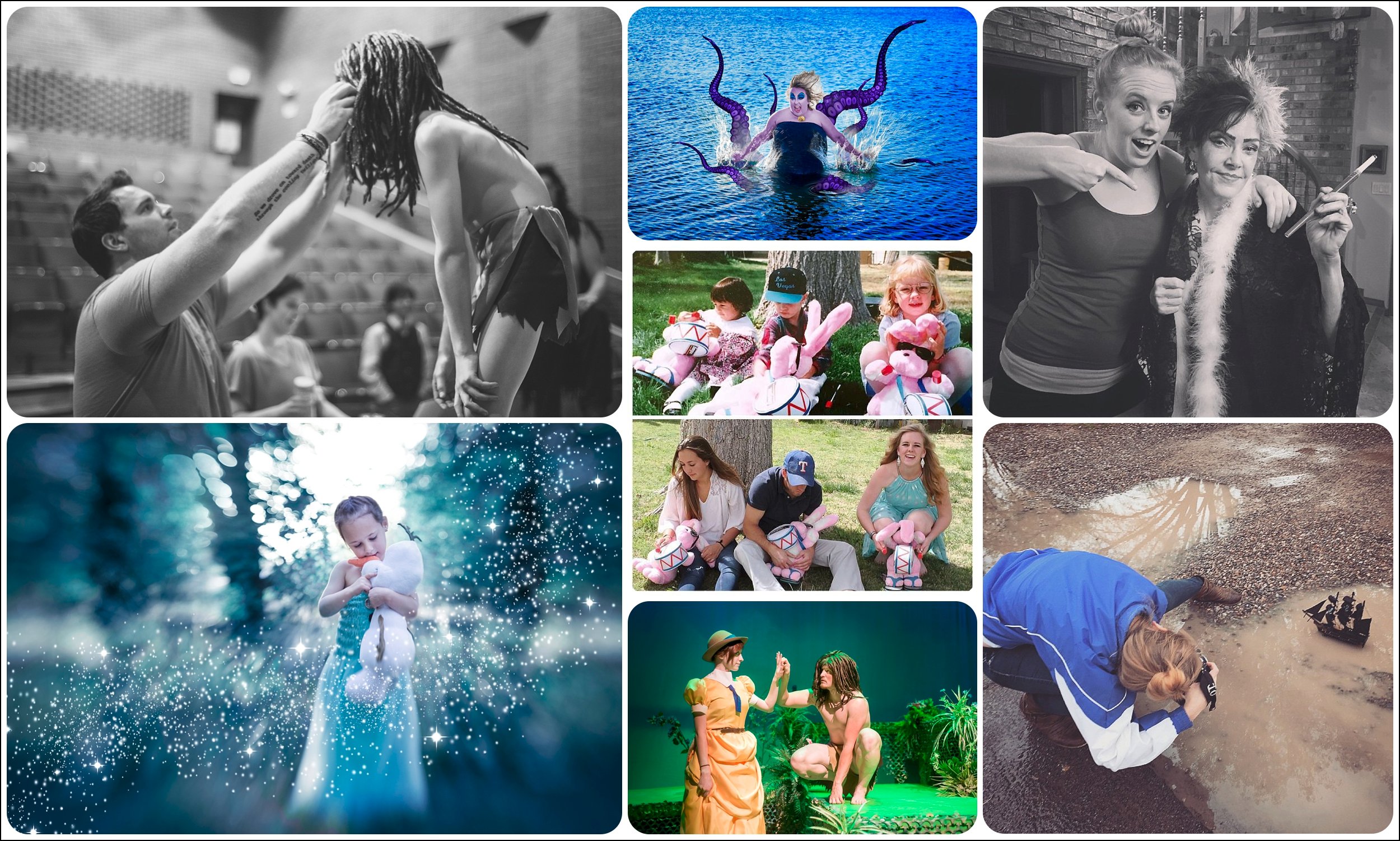 May turned out to be a little bit more difficult due to my grandpa being in the hospital. You can read more about that here. This was also a month where I happened to catch some lightening that was headed toward Roswell. Dallas and I were heading out to shoot the Milky Way and ended up with a different documentation of Mother Nature. 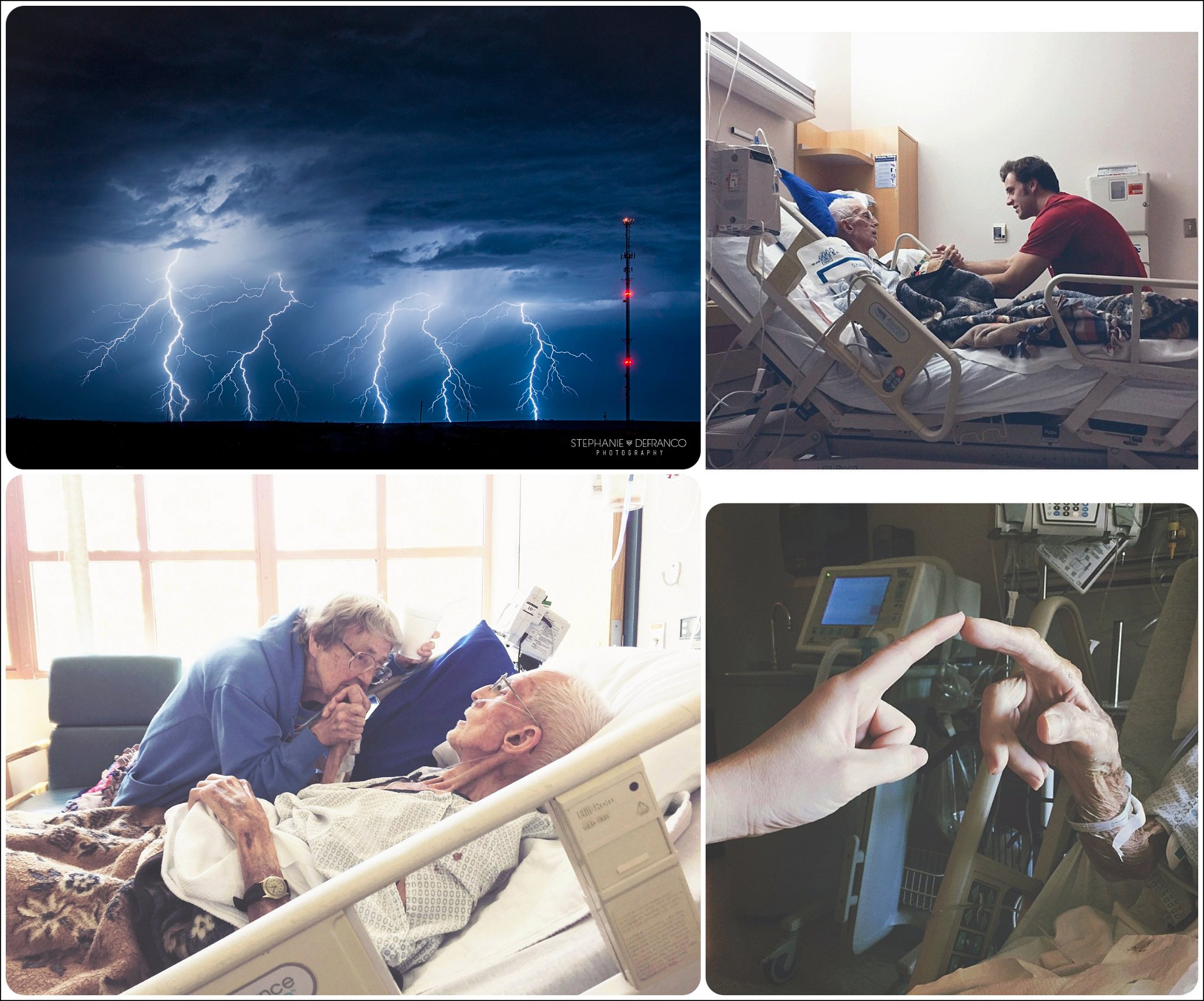 Vacation month of June finally rolled around. My family boarded a ship and headed out on a 7 day cruise. It ended up raining most of the time we were on the islands, but nonetheless it still turned out to be a nice getaway. While we were on the islands, Dallas was back home getting ready to open Always... Patsy Cline at the Spencer Theater. Since it had done so well at the Roswell Little Theater, word travelled up to Ruidoso and the cast and crew were invited up for a single night performance of the show. Another sold out show for my amazing boyfriend to have on his resume. And finally, to end this month, my family loaded up into the car and headed to Midland for the Move Live on Tour show with Derek and Julianne Hough. This was the second year we'd seen they perform and it was even better then the year before. The dances, music, and even being pulled on stage by Derek himself!! 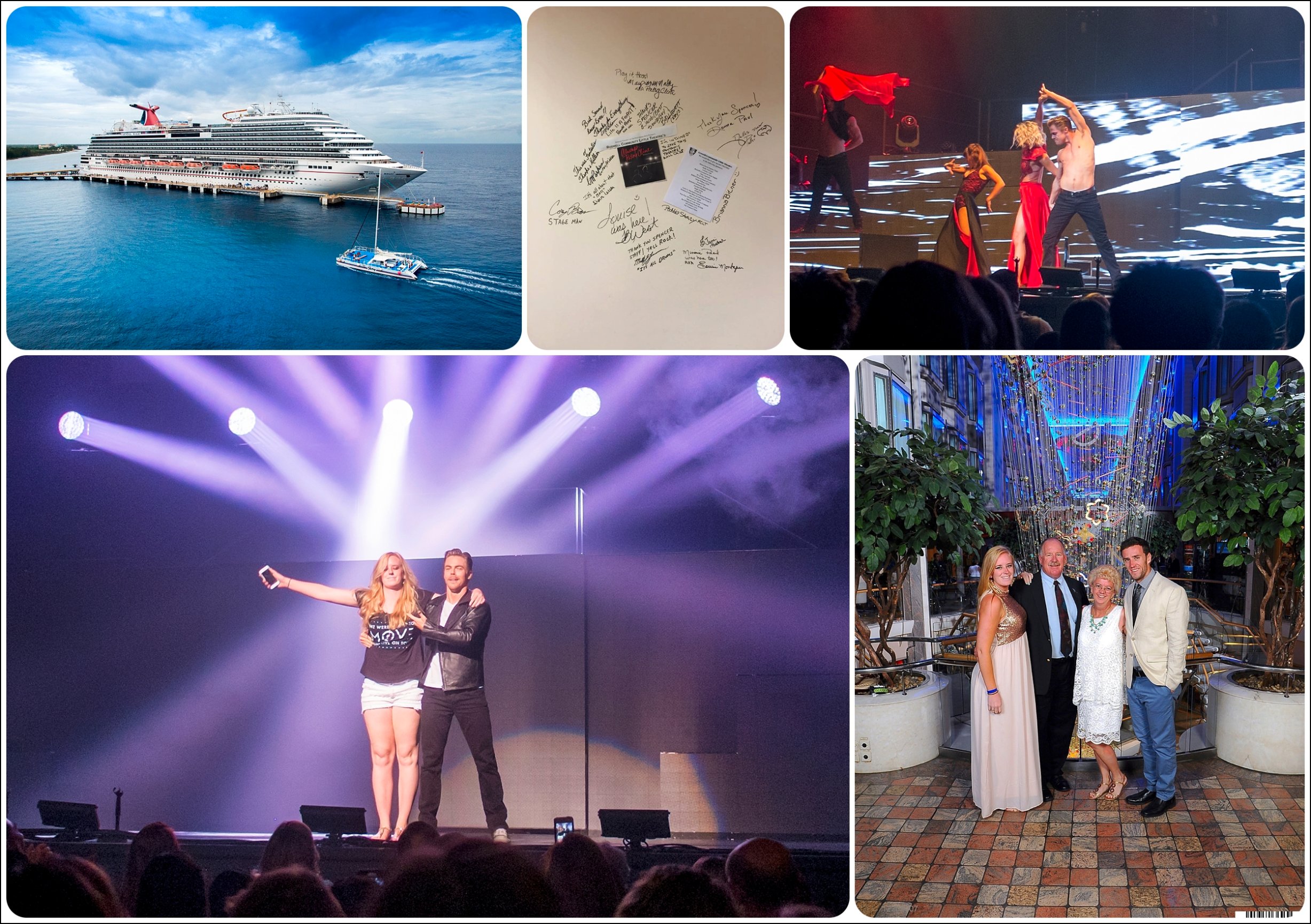 July included a 3v3 soccer tournament kicking our butts. Talk about out of shape. But I can at least say after almost 8 years I got to play with my sister, Christine, again! To round this month off we headed up to see the Dancing with the Stars tour. It was pretty awesome as well. You can read more on that here. 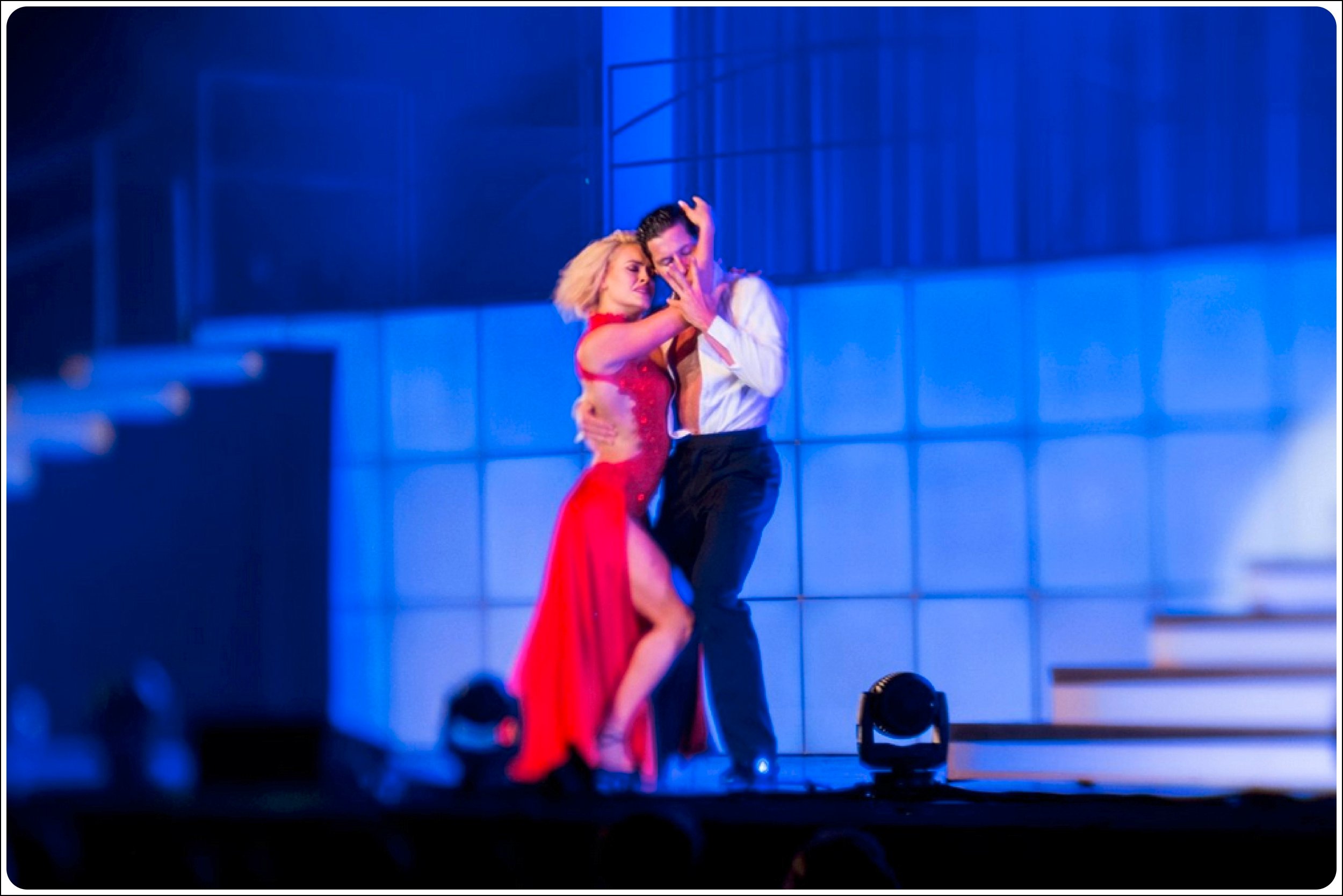 August was one of my favorite months this year and not only because it was my birthday month, but because a lot of things happened. First my family loaded up into our trusty van and headed to Amarillo for my moms birthday. We saw the show Texas, went to the Catillac Ranch, and ate at the Big Texan. This is also the month that high school seniors start contacting me about getting their photos done. Faveeee!! August also holds the Fine Arts Leaugue Juried show. I placed 2nd on one of my photos and got money from it. Yay! The last part of the month Dallas surprised me with tickets to see Kelly Clarkson and Pentatonix!!! They were amazingggggg! You can read more about our awesome weekend getaway here. During that same weekend, a couple towns over, my aunt and now other aunt, sealed the deal with their marriage. I was sorry I couldn't be there but super happy that New Mexico allowed them to tie the knot! 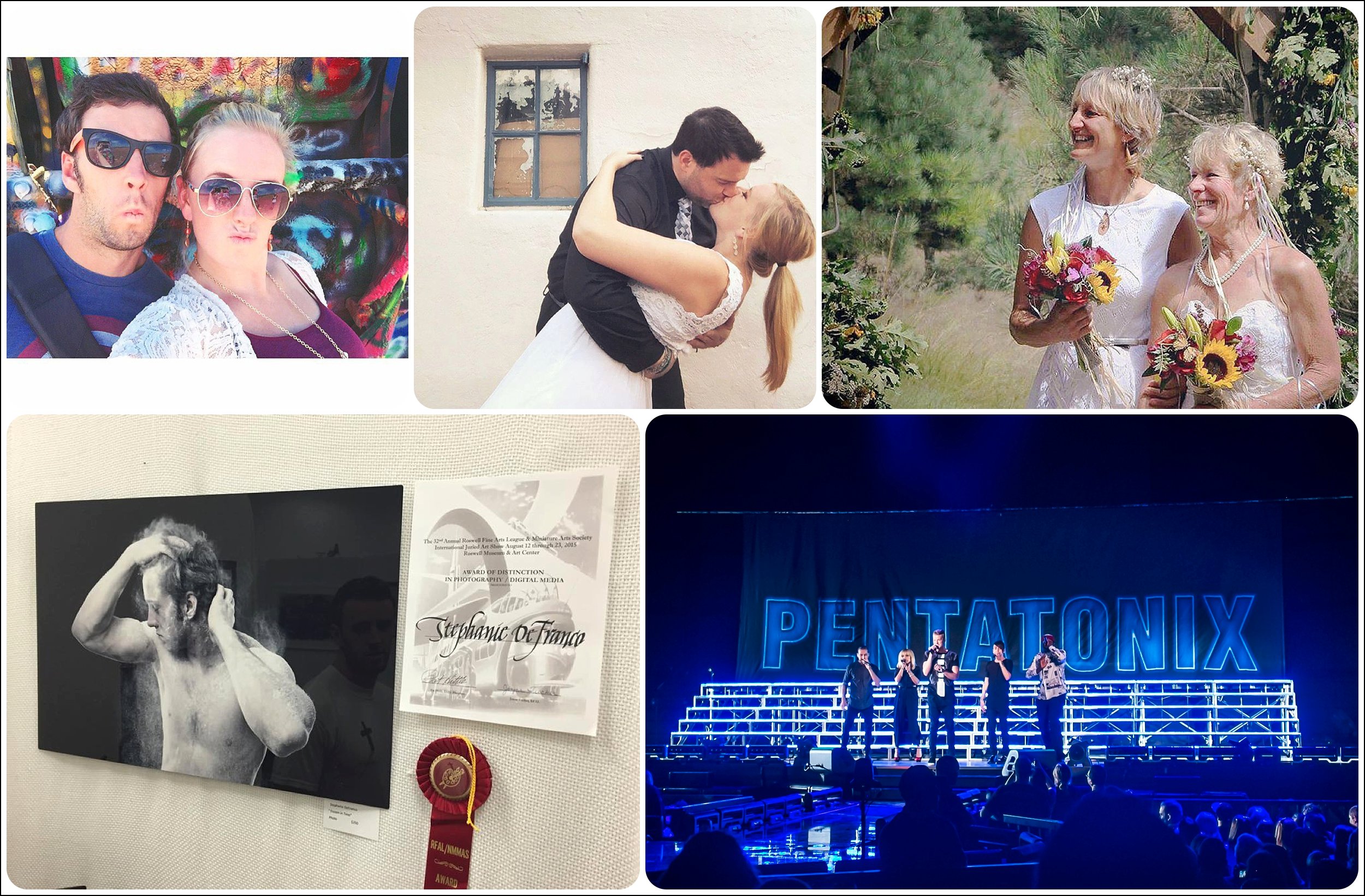 September was another super busy month. Dallas and I headed back up to Albuqurque for a Counting Crows concert and to see Book of Mormon at Popejoy Hall. I highly recommend that show. The music is great and the context is hilarious. Later that month I headed back to Amarillo and went to see one of my favorite bands, Green River Ordinance. The Facebook page said the concert started at 8 so we got there and there was nobody in the parking lot. I called the place and they said that GRO doesn't go on til 10. So my bro, mom and I sat in the parking lot playing games and passing time. I even tweeted the band saying we were chilling in the parking lot and they responded back saying thanks for coming!

October started out amazing! My parents and I headed up to Albuqurque again but this time for an art show opening. The photo of Ryan and one of my grandpa was accepted into the show for the Albuqurque photographers gallery juried show. I ended up getting 1st place on the flour photo of Ryan. You can read more on that here! The next morning we got up super early and headed to the annual Balloon Fiesta! You can read about that here! That next week was fair week in Roswell. I did a photoshoot there last year and loved it so much I wanted to do it again. This time with a dancer. It was pouring down rain all week, but we decided to go on out and still shoot. The water ended up giving us a second dimension to work with and added to the image. The cherry on top of those two weeks was two of my images got top awards in the photo division at the art show at the fair. One even placed best of show. Dallas and I concluded October with two makeup shoots. The first was on me and the second was on Dom. 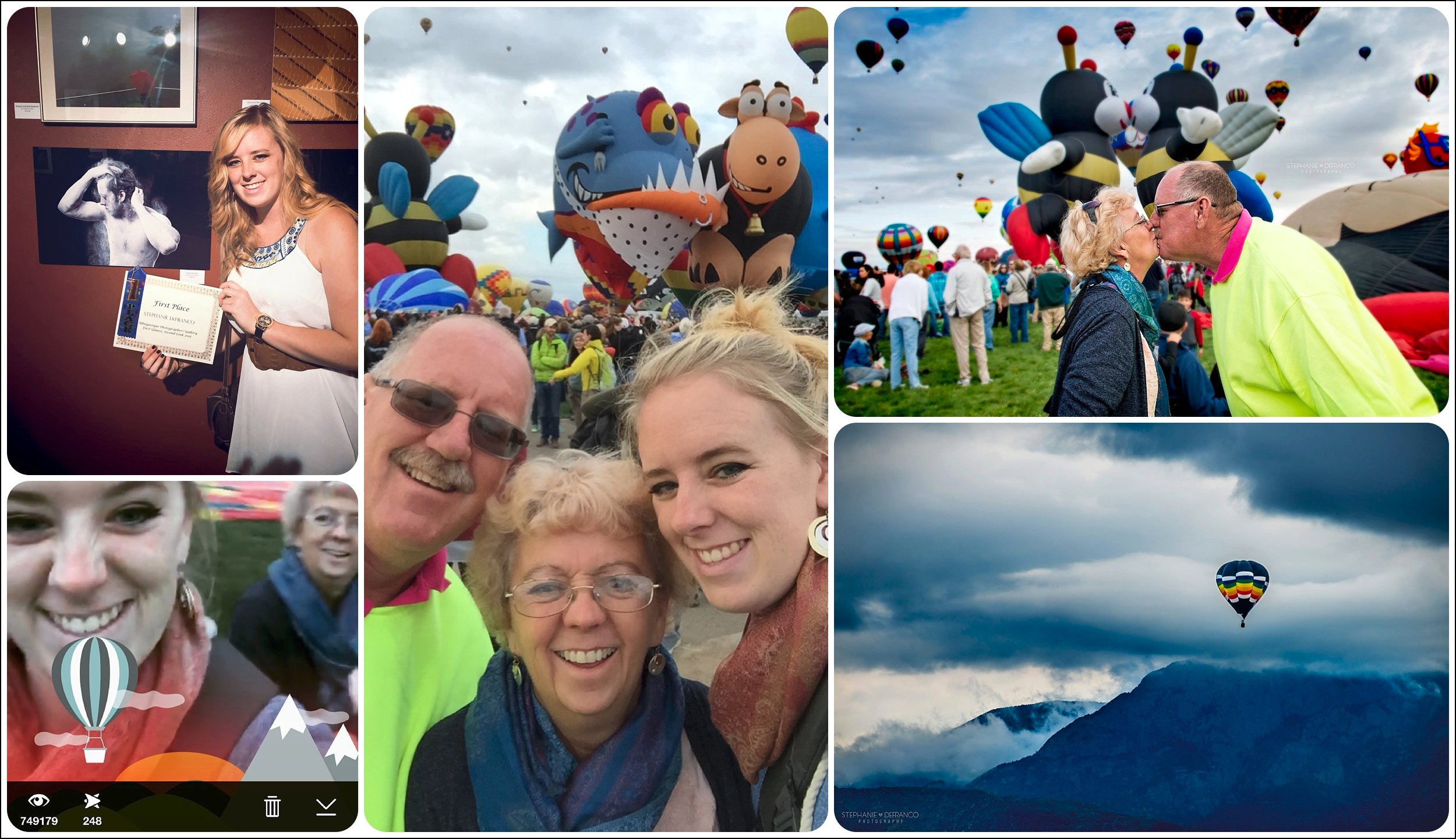 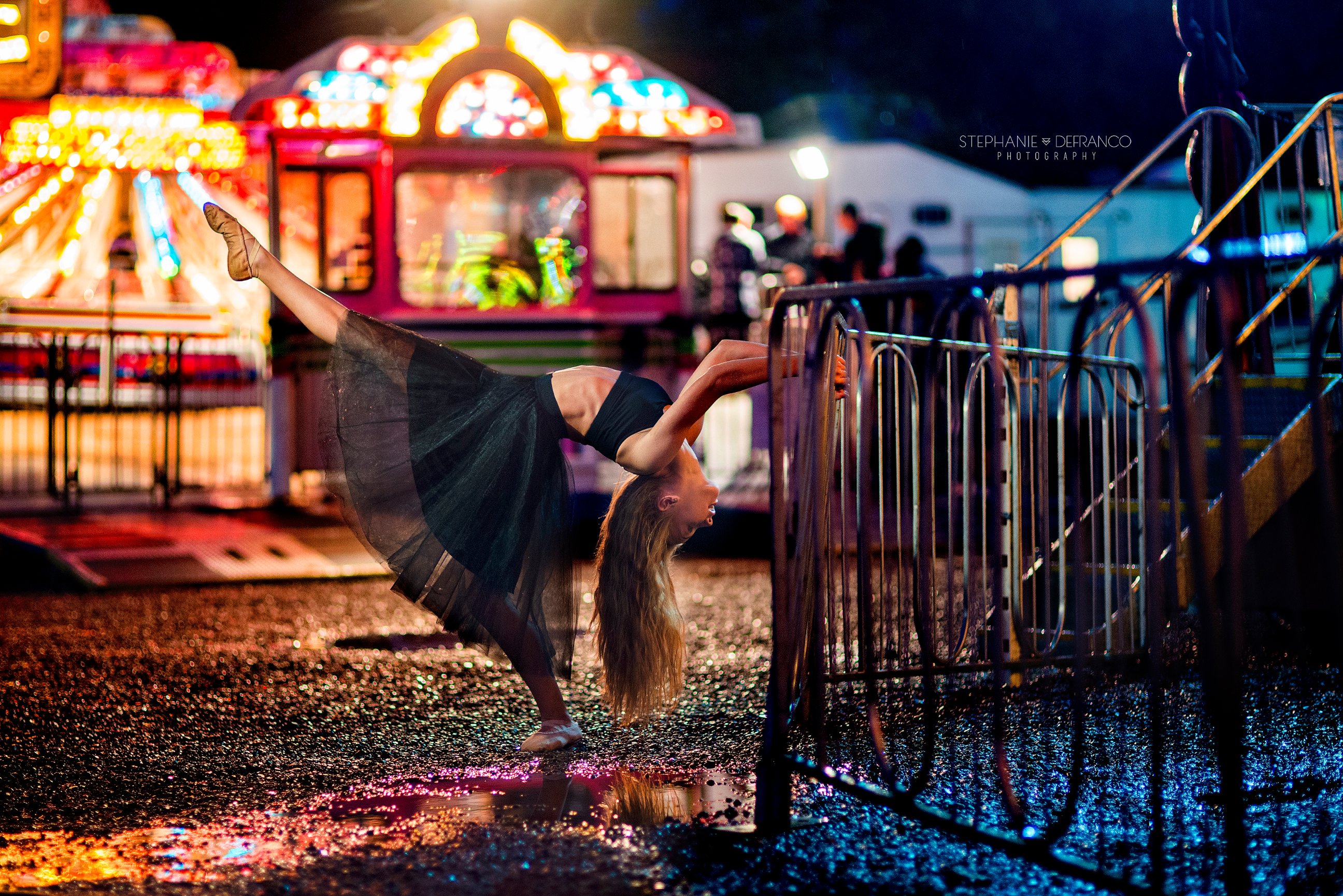 Just like last year, Dallas and I decided to display our artwork at the Potters Guild. We both a couple pieces even thought it was super slow the whole weekend. That same weekend, Dallas had The Last Five Years opening at the ENMU-R Theatre. It was a great show even with limited resources! Towards the end of the month, my family loaded up into the handy dandy van and headed up to Santa Fe for Jaime's Police Academy graduation. While we were in Santa Fe, I recieved a notification on my phone that Lensbaby had shared one of my blog posts on their Facebook page for all their followers to read.

Finally, December flew by. I don't remember most of it except that I cranked out a ton of photoshoots, Dallas got pnuemonia, and we both decided it was time to move into a place together. He had been living with me for almost three months in my one bedroom apartment due to his house not being taken care of by the people he was renting from. It was leaking and molding and although he called multiple times, they showed very little interest in getting it fixed. So we talked to my landlord and she had a two bedroom apartment open in my building. We signed the papers and within 3 weeks we both had to be out of our old places. I love our new place together! We were discussing how all of our furniture and color schemes in our old places just were mismatched and didn't go very well together, but once we combined, things just meshed perfectly! So after we got moved in, Christmas rolled around. It was a nice sunny day on Christmas, but two days after, Storm Goliath decided to hit little ol' Roswell. Nobody was prepared for what that storm had to bring. Madeline was supposed to drive into town on Saturday and due to the weather, she got stuck in Caprock. Ryan and my dad head out at 9 pm in his jeep to go get her. It took all night to get to her little car and once they found her, the roads and the storm were to bad to attempt driving back that late. So they all piled into Ryan's jeep and slept in his car overnight. He said that he would never wish that night on anyone. The next morning, they attempted to head back to Roswell. Around noon, they finally made it home. We were supposed to leave the next day around 10 am to fly to California, but we had no idea if the roads would be open. It was around 2 pm that my mom texted me and said, the roads are open, we will be by in about 20 minutes to pick you and Dallas up and head to Albuquerque! It was like Flight of the Bumblebee trying to get out of town. The roads were awful in Roswell but once we hit the city line, there wasn't a speck of snow on the road all the way there. The next morning, all 6 of us were up and ready to get out of the cold. He got to the airport, boarded the flight and were on our way to sun and warmth! Later on the flight, we found out that we had just made it out. The snow had started coming down again and none of the flights were able to take off. So the last week of December was full of walking, Disneyland, and the Rose Parade. None of us were ready to come back to the snow. 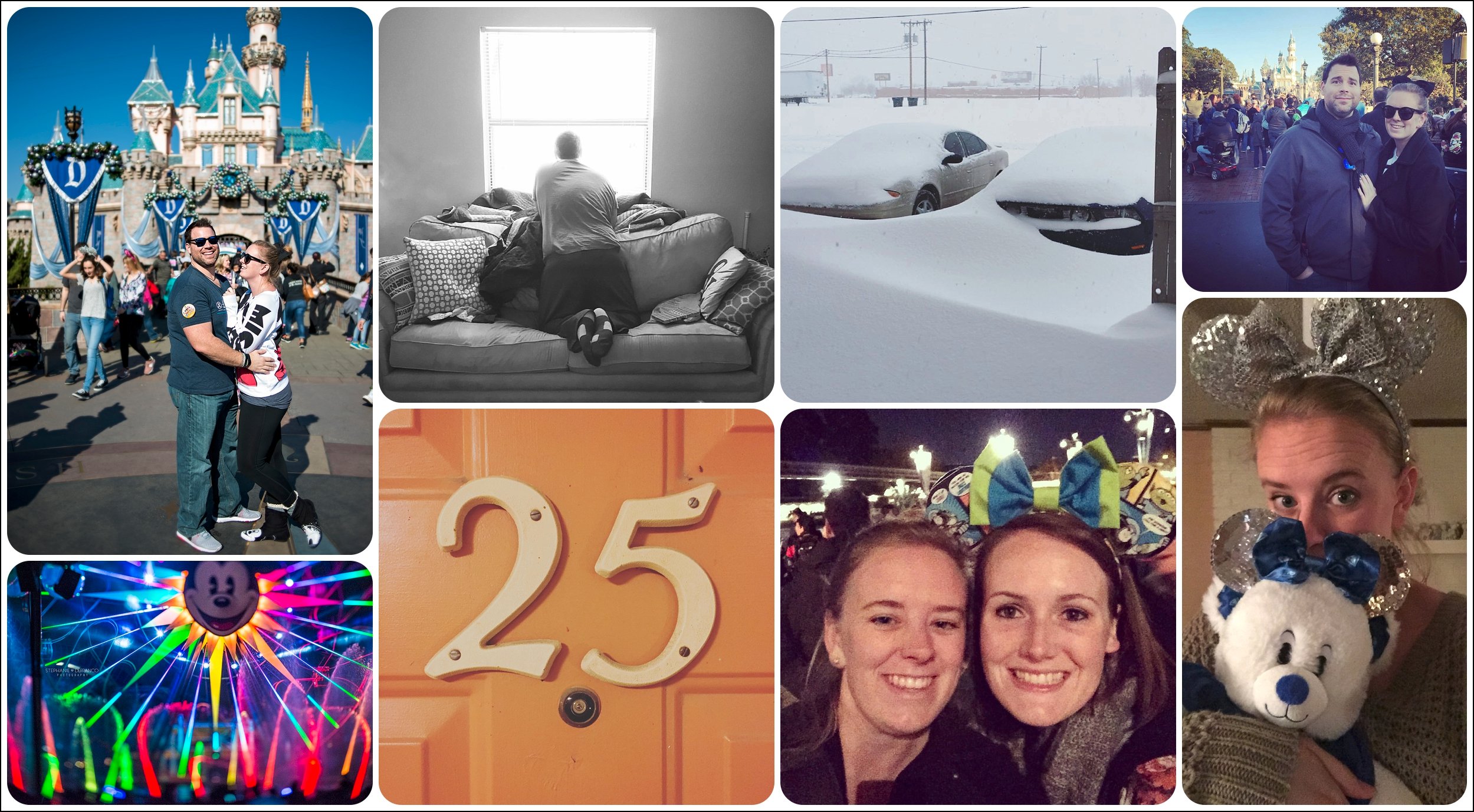 A few other random things to happen:
- I purchase the Sweet 35 & Sweet 50 for my Lensbaby.
- My business is 4 years old.
- A rare super blood moon took place.
- i worked with a weaver and the photos were pickd up for a magazine.
- I have published 80 blogs in 2015. 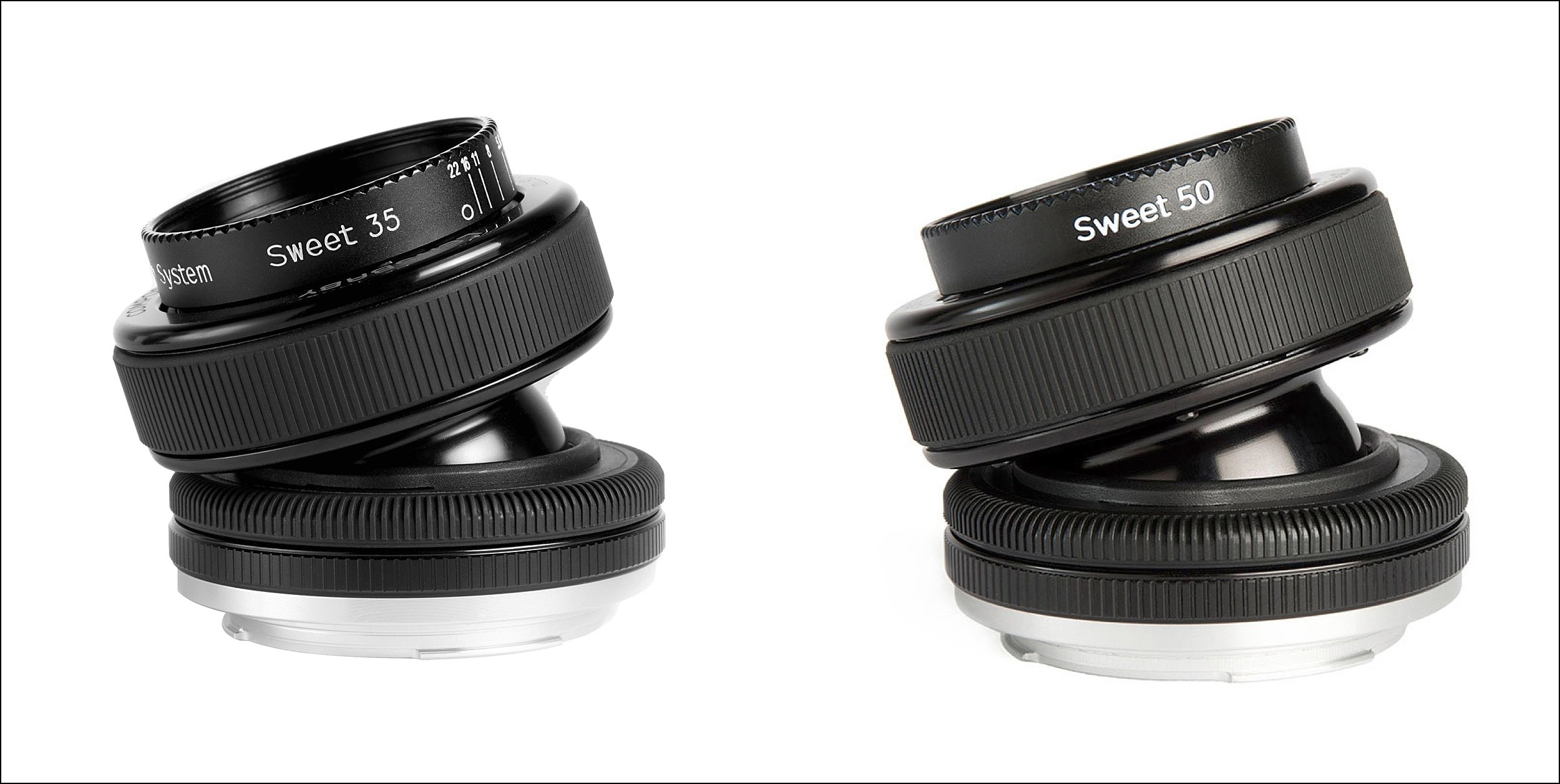 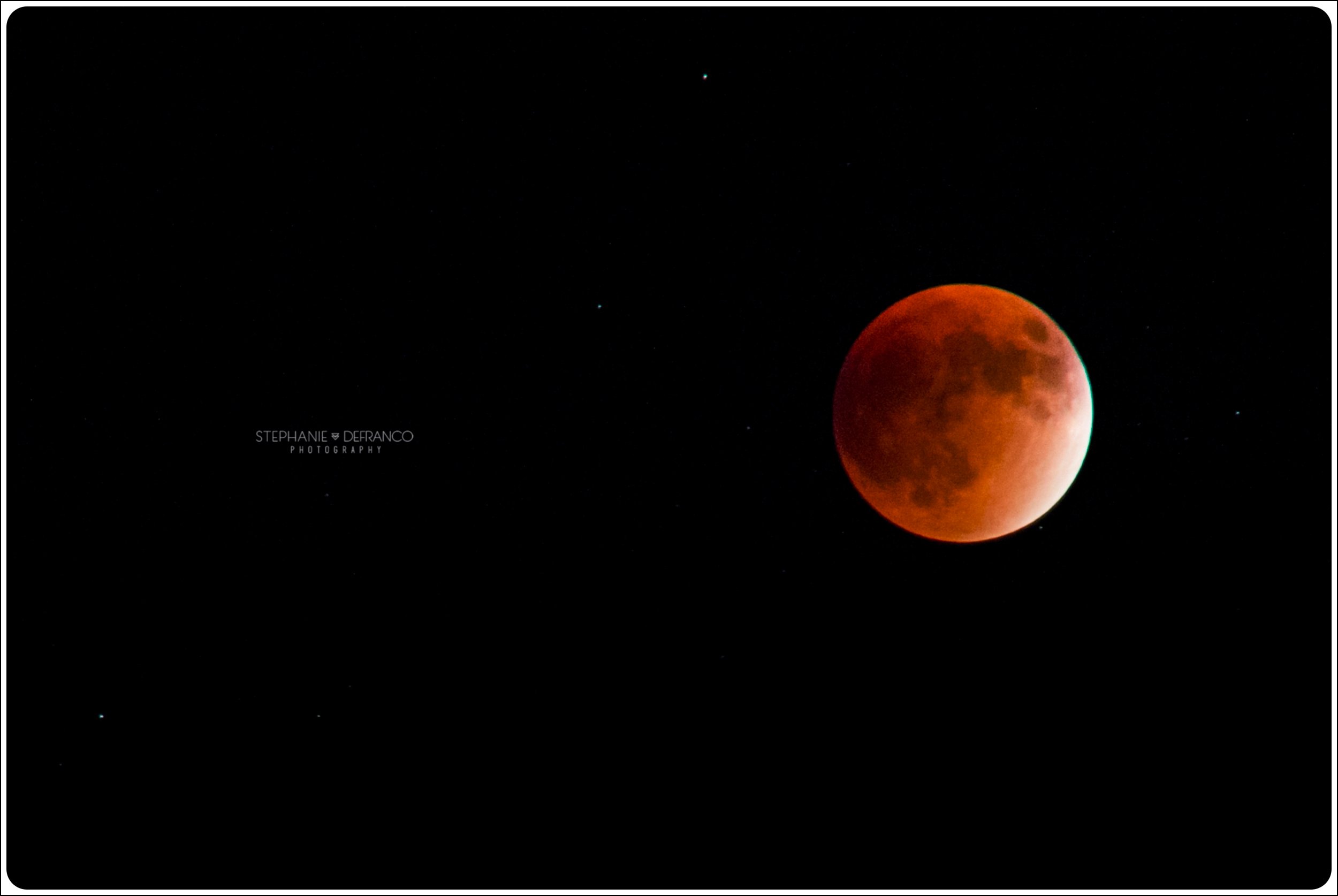 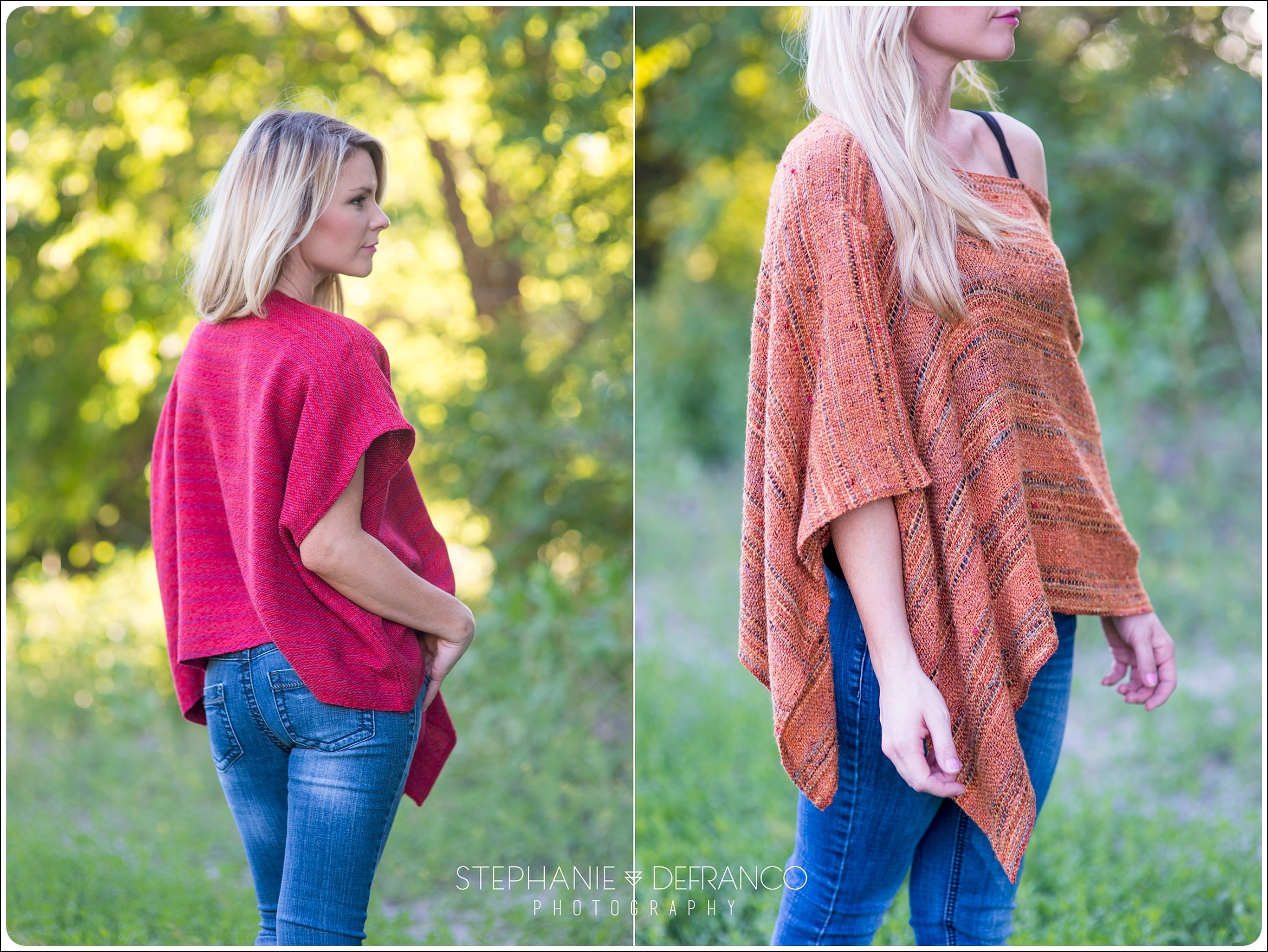 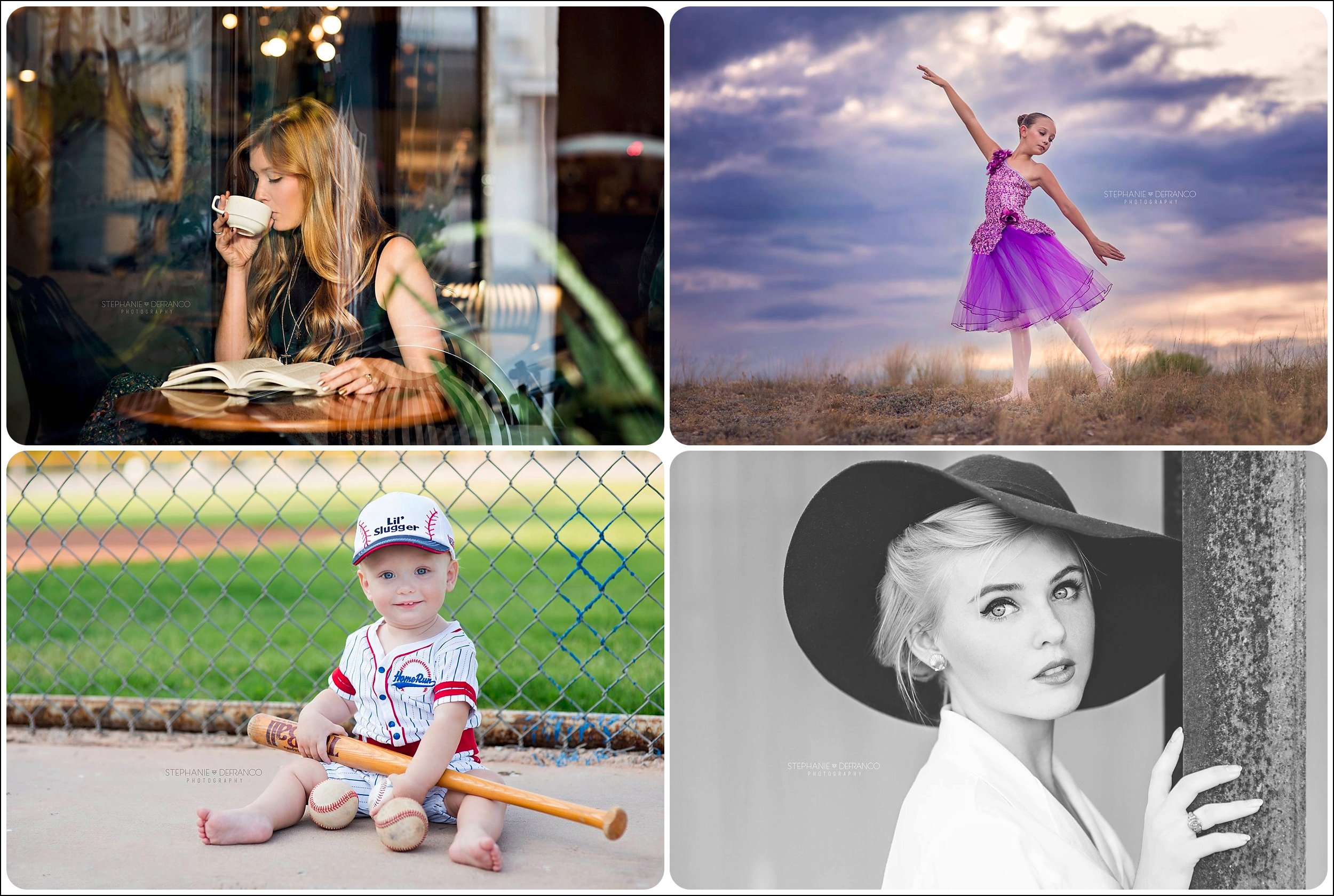 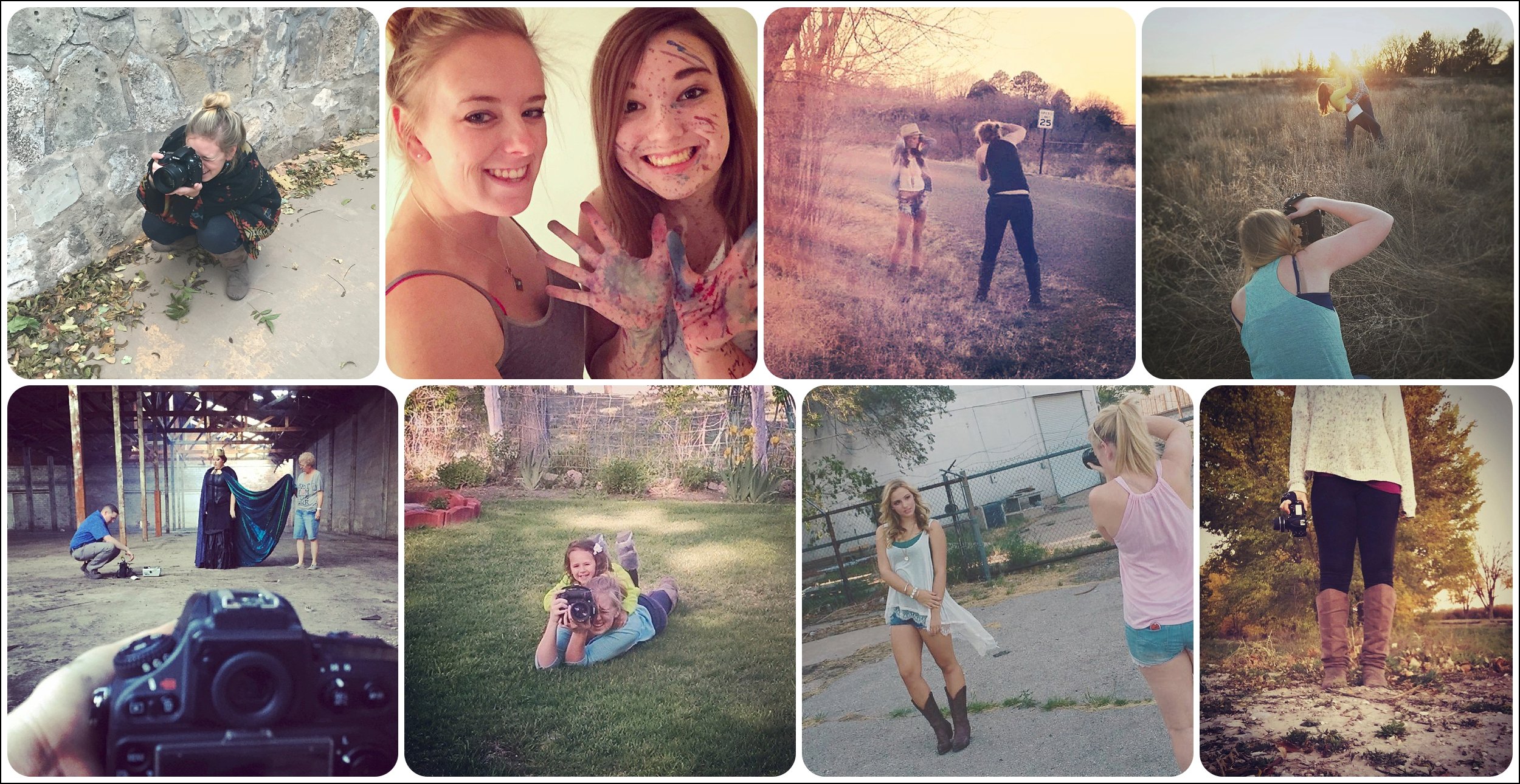 Here's to another great year! 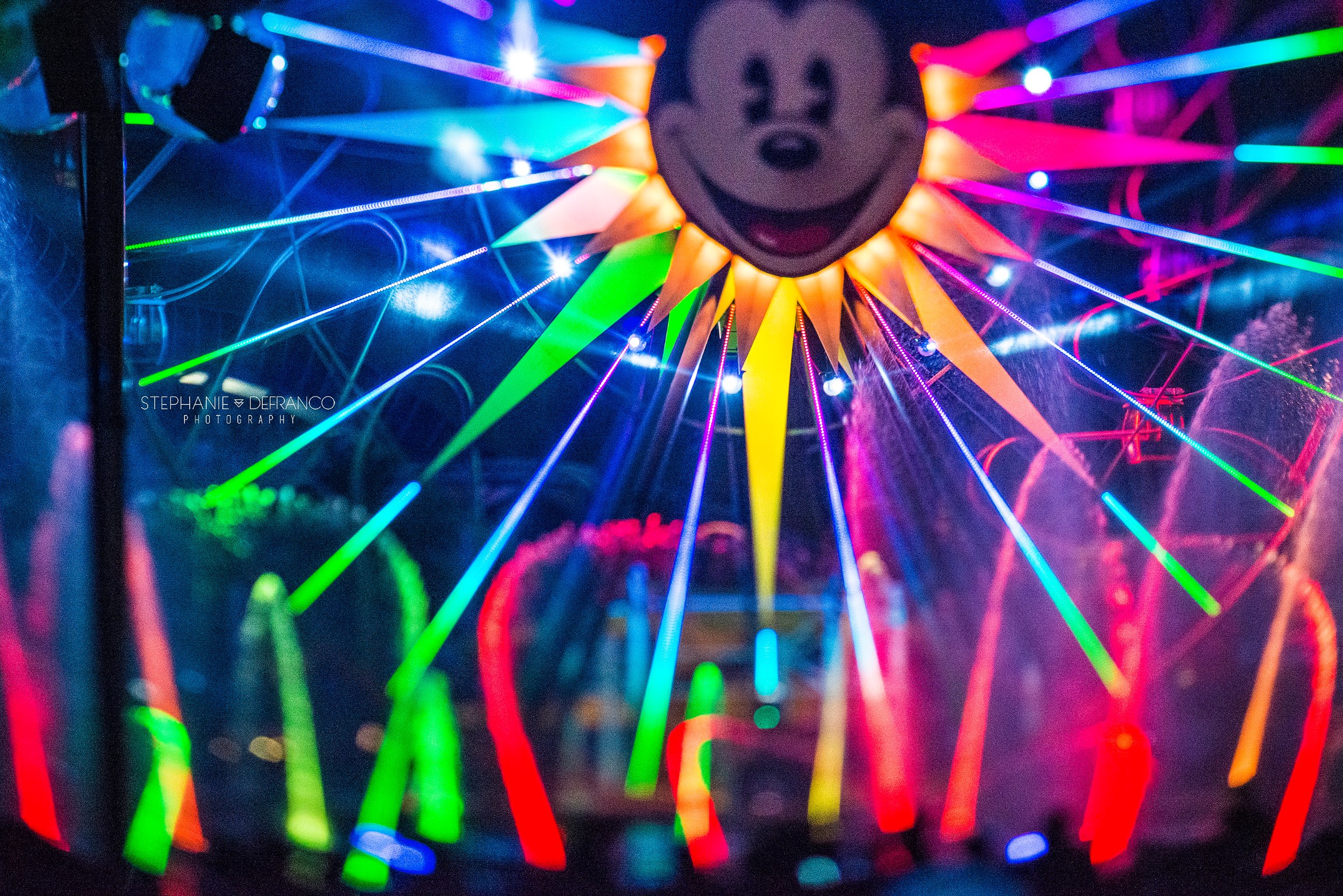 Kendra Mae - You traveled a lot this year! I tried getting into blogging but I'm bad at holding myself accountable and actually doing it monthly/weekly/daily!